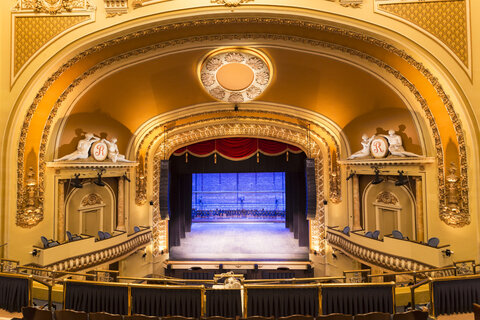 The elegant 1416-seat Royal Theatre has graced the skyline of the capital region since 1913 and serves as Vancouver Island’s largest premier venue for the performing arts. While preserving its original Rocco/Renaissance Revival style décor, the Royal Theatre elegantly fuses 19th century architecture with 21st century technology, enabling it to host a variety of arts and entertainment options, from Broadway tours to drag shows, dance to comedy, opera to jazz and symphony to rock concerts.

Submit info on this Resource to our admins