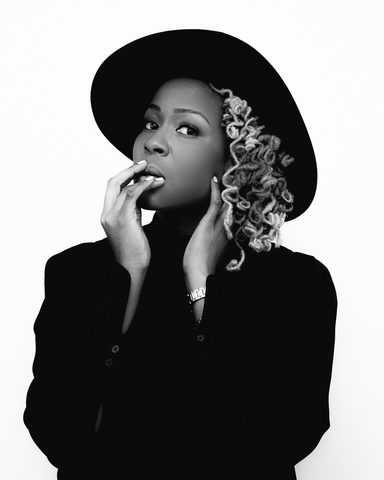 Formerly the best kept secret in soul music, Toronto-based Tanika Charles has become a known staple of the genre both at home and abroad. Her music revels in honesty and attitude, her live show is high energy and endearing, and she continues to win audiences over one stream, one Shazam and one encore at a time. In 2016 Tanika independently released her debut album “Soul Run”, which would be re-released through the Italian label Record Kicks in 2017. “Soul Run” was long-listed for the 2016 Polaris Music Prize and nominated for the 2017 Juno Award for best R&B/Soul Recording of the Year.

Tanika’s 2019 sophomore album “The Gumption” picks up where “Soul Run” left off, continuing her tradition of marrying classic soul with modern production and instrumentation. She was again long-listed for the 2019 Polaris Music Prize and had the honour of being named the inaugural Polaris artist-in-residence for 2020 at the Studio Bell National Music Centre. In early 2020 “The Gumption” was nominated for the Juno Awards 2020 R&B/Soul Recording of the Year. April 2022 has brought the release of her critically acclaimed new record “Papillon de Nuit: The Night Butterfly.” The album continues Tanika's incredible streak of albums, further cementing her place in the pantheon of Canadian soul music.

Backed by her band The Wonderfuls, Tanika has embarked on five international tours since releasing Soul Run, performing in front of many thousands of fans across nine countries. Tanika’s live show oscillates between faithful recreations of her studio recordings and revealing influences of rock, gospel and country influences.
No audio samples have been linked to this profile.
No member roster has been entered (to link to musician profiles.)
Status: Available for Shows/Gigs
- Last confirmed Apr. 9, 2022
Submit info on this band to our admins